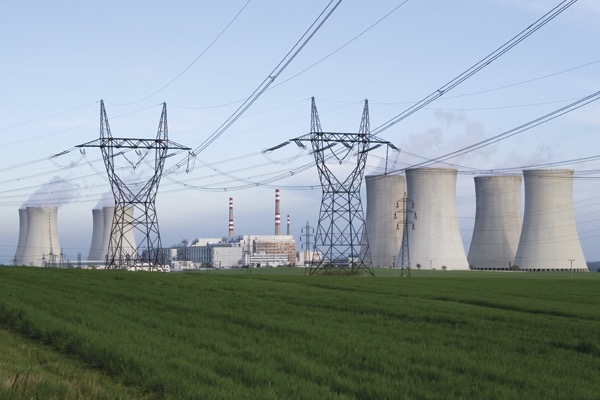 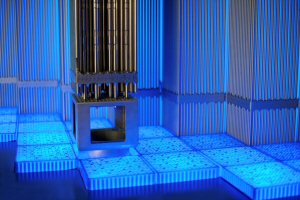 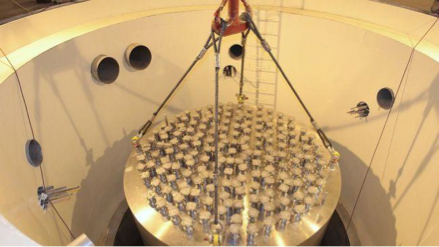 Early research and development work on Beryllium Oxide was directed toward the nuclear industry. BeO has specific properties such as low neutron capture cross section and high neutron moderating ability which make it an attractive material for nuclear applications. Furthermore, its high melting temperature allows it to be used where other refractory materials will not provide the set of properties necessary for these situations. Additionally, BeO is transparent to x-rays and can therefore be employed as an x-ray window, particularly where operating conditions can be severe.

Continued research and development on Beryllium Oxide indicates that nuclear fuel containing BeO as well as Uranium Oxide has been shown to be longer lasting, more efficient, and safer than conventional nuclear fuels. According to IBC Advanced Alloys developing a Beryllium Oxide enhanced nuclear fuel for commercial use in both current and future nuclear power reactors yields improvements in performance and safety margins which are largely realized through an increase in the thermal conductivity of the fuel and concomitant decrease in its average internal temperature while delivering the same amount of heat to the coolant. The Uranium Dioxide (UO2) used in conventional nuclear fuels has poor thermal conductivity. Beryllium Oxide, on the other hand, has very high thermal conductivity and more importantly, remains unreactive with UO2 up to temperatures of 2100°C. Manufacturing processes for combining the two oxides which could be viable on an industrial scale remains a challenge. Researchers have developed a co-sintering technique that results in the formation of granules of UO2 surrounded by BeO, which can then be used to manufacture fuel pellets. As the technique is similar to the sintering process already carried out on UO2 to manufacture nuclear fuel, it could be incorporated into existing fuel fabrication facilities with a minimum of extra capital investment.

Initial testing included nuclear engineering simulations and thermal modelling, has successfully demonstrated the potential benefits of this fuel in light water reactors. Experimental and computational work has provided an understanding of the behavior of non-irradiated UO2-BeO and preliminary processing methods have been.

This most recent phase of the work confirms Beryllium Oxide enhanced fuel will advance global nuclear fuels technology and, as a result, considerably increase demand for Beryllium Oxide as a rare commodity. There is still much to be done before the enhanced fuel could enter commercial use. System design analysis, prototype irradiation testing, amassing of performance data, as well as undertaking high quality fabrication is currently the next phase of testing and development. American Beryllia is currently engaged in a long term program with Argonne National Laboratories. Research funded by Argonne has indicated that the inclusion of Beryllium Oxide can increase both the efficiency with which fuel is used, as well as increase the safety with which the reactor operates. These improvements are largely realized through increasing the thermal conductivity of the fuel, thus decreasing its average temperature.

The effect of the inclusion of BeO to the fuel pellets has been modelled. The system modelled kept the mass of uranium-235, the energy generating isotope, constant as compared to a normal pellet, but included 10% BeO by volume. The modelled results of this composition pellet are dramatic. At the simulated average power density, the temperature at the centerline of the pellet, the hottest point, was decreased by 200°C, from 800 to 600°C while keeping the surface temperature constant. This is crucial as it is the surface temperature of the pellets which determine their power output. Therefore, the same power is generated, but with a far lower centerline temperature than in a tradition UO2 fuel pellet. This reduces the likelihood of cladding interaction as well as cracking of the pellets due to uneven thermal expansion. It also means that the average temperature of the pellet is reduced by approximately 100°C.

The fuel pellets, at a given amount of U-235, can last longer, requiring less frequent refueling, or the amount of U-235 could actually be decreased, allowing the same refueling schedule to be used. It is currently estimated that these improvements could directly lead to a 4% reduction in fuel consumption. Beryllium Oxide for Nuclear Fuel will enable 4% efficiency increase for uranium and 25% enhanced safety margin.

Beryllium Oxide is unique among ceramic materials, since it combines an extremely high electrical resistivity and dielectric constant with a large thermal conductivity. The x-ray transparence of beryllium makes it useful in the manufacturing of windows for radiation detectors. The nuclear properties of beryllium oxide, combined with its high melting point (above 2000°C), makes it ideal for high-temperature reactor systems where other materials can melt or deform. 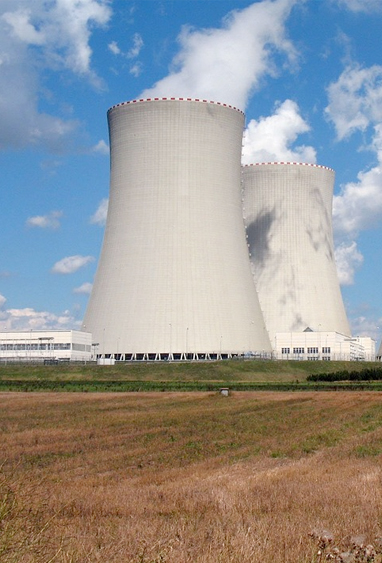 The nuclear properties of beryllium oxide, combined with its high melting point (above 2000°C), makes it ideal for high-temperature reactor systems where other materials can melt or deform.